“We are not killers” - MMAON founder talks revolutionary fan-built platform 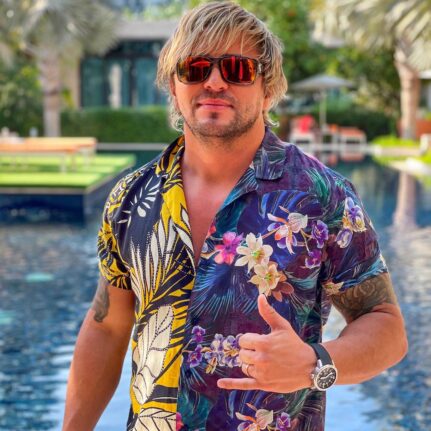 The resounding message from founder Zlatko Mahic ahead of the MMAON IEO on the ProBit Exchange on Monday 22nd March was clear; we are not killers!

“Around five years I’ve been in the cryptocurrency world and still don’t understand 99% of the projects! Especially all the new DEFI projects, who are all the same or want to be ‘Ethereum Killer’, ‘Bitcoin Killer’ or new Google, new Amazon… None came with some new solution to save the problem. They all just copy each other and compete for the same piece of the pie”.

MMAON will launch to revolutionise the combat sports community. Connecting fans to fighters, fighters to promotions and promotions to fans on a platform purpose-built for those interactions. Bringing solutions and introducing combat sports into the crypto space is on the forefront of MMAON’s mind as Zlatko explained:

“MMAON is not going to kill no-one! We are just coming to bring solutions for combat sports, bringing the fight community into crypto space. We are not coming to take anything from no-one. Everyone who will read our whitepaper will understand how easily our MMAON token will be used, for the good of fans, fighters and all key stakeholders in the sport”.

The MMAON team is composed of fighters, promoters, fans and industry-leading professionals to create the best product possible. The founder of the platform spoke on how the idea came along:

“The idea to build MMAON wasn’t from yesterday, but from 16 years of experience in the combat sports business.. We truly understand fighters, fans, organisers and sponsors as we’ve been involved in all of those roles! We want brands, promotions and fighters to make you feel that you are their favourite thing in the world! To truly value your fanbase and consumers is the key to developing growth and relationships”.

Fighter finances will remain at the forefront of MMAON throughout, with fighters such as Frank Mir, James Krause and Brad Pickett all ensuring fighters have a voice on all aspects of the platform. Mahic touched on the unsecure nature of fighter income:

“A bigger problem for fighters since they are paid per fight, without the safety of a five-year contract like football players for example, where after signing a five-year deal, it doesn’t impact his salary if injured or in extreme circumstances like COVID-19. MMAON looks to change this through additional revenue streams for fighters”.

MMAON gives the fans exactly what they want – built by fans, for fans!