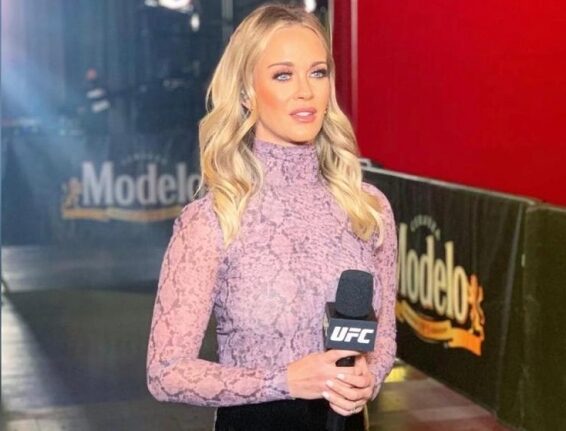 Sanko brings a wealth of experience to the table, having fought and competed as both an amateur and a professional before transitioning into presenting and broadcasting. Forming part of the ESPN broadcast team for UFC events, Sanko has also worked for INVICTA and is an integral part of the Dana White’s Contender Series broadcast.

Laura will ensure women’s MMA is well represented as well as bringing her broadcast, presenting knowledge and her loyal following to the platform during its launch later this year.

“I’m incredibly excited to join forces with MMAON. Before I started working for the UFC, I was just a massive MMA fan watching fights at home like millions of other people. What I love about this platform is that it brings fans closer to the fighters in every way possible. You can interact with them, support their camps directly and even participate in fan matchmaking—all through one digital platform. It makes the distance between the screen and the cage so much closer and allows fans to delve even deeper into this amazing sport we all love so much.” – Laura Sanko

The future of combat sports is here! MMA is ON!