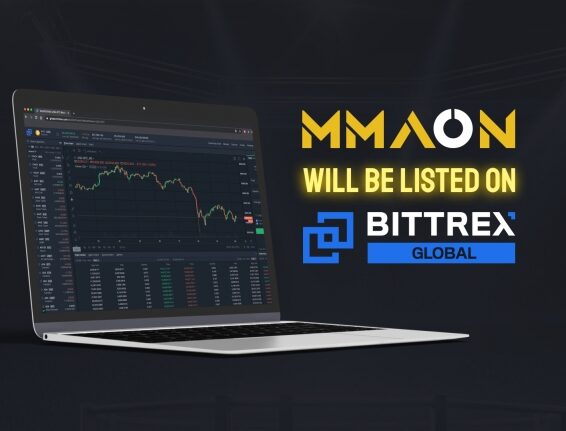 The MMAON community can be very excited, as we’re delighted to announce that MMAON will be listed on one of the world’s most renowned exchanges… Bittrex Global!

Founded in 2014 by three cybersecurity engineers, Bittrex Global became the first exchange to light the torch of trust by putting a human face in front of a blockchain platform. Bittrex Global provides the widest selection of cryptocurrencies in the United States along with fast trade execution and dependable digital wallets, all protected by industry-leading security practices.

Zlatko Mahic, Founder of MMAON: “I’m delighted to announce our listing on Bittrex Global, one of the world’s most popular cryptocurrency exchanges. This is a real landmark moment for MMAON, so early in our journey. The hard work continues to ensure the future of combat sports is ON!”

The MMAON Token, built on Ethereum to ERC-20 standards first completed its successful IEO on the ProBit Exchange in March, before listing on Uniswap as well as ProBit from the beginning of April. The addition of MMAON to Bittrex Global will further strengthen the project’s ambitions ahead of the platform’s launch later in 2021.

Further details on deposit and exchange dates will be announced shortly on MMAON and Bittrex Global social media channels. Stay tuned for information!