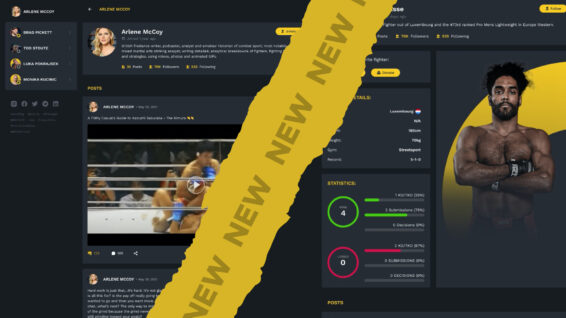 It’s time to give the fans a voice! MMAON Fan Profiles and Posting will launch on March 15, to further strengthen the platform’s use case across fans and fighters.

Fans can now become influencers, make their predictions for upcoming fights and share news and content on the platform. Users can like, comment and donate to reward the most active and creative of posters.

The update will also allow users to be able to see who’s liked their post, and a list of users who are following them.